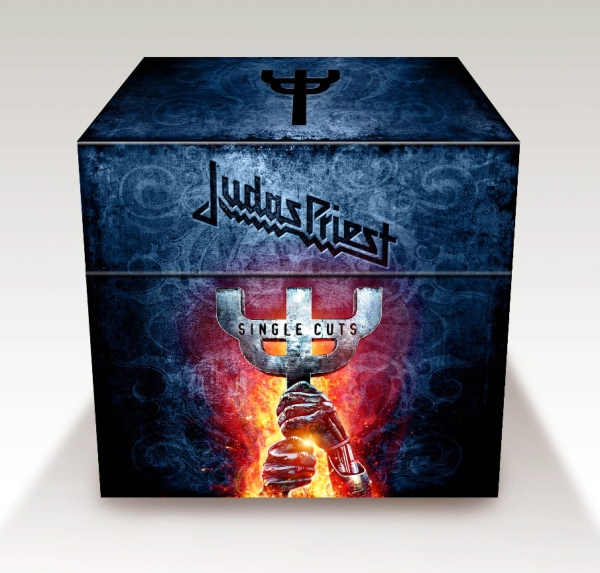 Judas Priest – Single Cuts
The Complete CBS / Columbia UK Singles Collection
AVAILABLE TO ORDER NOW FROM http://www.myplaydirect.com/judas-priest/
Limited to one manufacturing run only. Once it’s gone, it’s gone!
At the start of their final world tour, Judas Priest and Sony Music are proud to announce the release, for the first time ever, of their complete UK CBS / Columbia singles.
Single Cuts is testament to Priest’s enduring influence and through the singles, tells the story of one of the biggest metal bands of all time.
Presented in a deluxe, numbered box, Single Cuts boasts a massive 52 tracks across 20 CDs, featuring original singles artwork, vinyl replica discs plus booklet including sleeve notes and photos.
Important! For technical reasons we had to move the release date to October 10th.
We really appreciate your support and so to say thanks for your patience, we’ve added a free magnet set of Judas Priest Album covers (worth £15) to all box sets that are pre-ordered on this site. All pre-orders will now ship on or before October 10th.

Oct 4th 2011: Message from Sony:
Important release information! For technical reasons we have had to delay the release date by one more week, to October 17.
Again, we really appreciate your patience and support and as promised previously we’ve added a free set of Judas Priest Album cover magnets (worth £15 for US $25) to your order, and to all box sets pre-ordered from http://www.myplaydirect.com/judas-priest/
Tracklisting
1977
Diamonds and Rust
Dissident Aggressor
1978
Better By You, Better Than Me
Invader
1978
Evening Star
Starbreaker
1978
Before The Dawn
Rock Forever
1979
Take On The World
Starbreaker (Live at the Agora Ballroom, Cleveland 1978)
White Heat Red Hot (Live at the Agora Ballroom, Cleveland 1978)
1979
Evening Star
Beyond The Realms Of Death (Live at the Agora Ballroom, Cleveland 1978)
The Green Manalishi (with the Two-Pronged Crown)
1980
Living After Midnight
Delivering The Goods (Live In Tokyo)
Evil Fantasies (Live In Tokyo)
1980
Breaking The Law
Metal Gods
1980
United
Grinder
1981
Don’t Go
Solar Angels
1981
Hot Rockin' 3:03
Breaking The Law (Live)
Steeler
You Don't Have To Be Old To Be Wise
1982
You've Got Another Thing Comin'
Exciter (Live)
1982
(Take These) Chains
Judas Priest Audio File
1984
Freewheel Burning
Breaking The Law  (Live from US Festival May 1983)
You've Got Another Thing Comin'
1984
Some Heads Are Gonna Roll
The Green Manalishi (With The Two-Pronged Crown) (Live)
Jawbreaker
1986
Turbo Lover
Hot For Love
1986
Locked In
Reckless
Desert Plains (Live)
Freewheel Burning (Live)
1990
Painkiller
United
Better By You, Better Than Me
1991
A Touch Of Evil
Between The Hammer And The Anvil
You've Got Another Thing Comin' (Live)
1992
Night Crawler
Breaking The Law (Live)
Living After Midnight (Live) 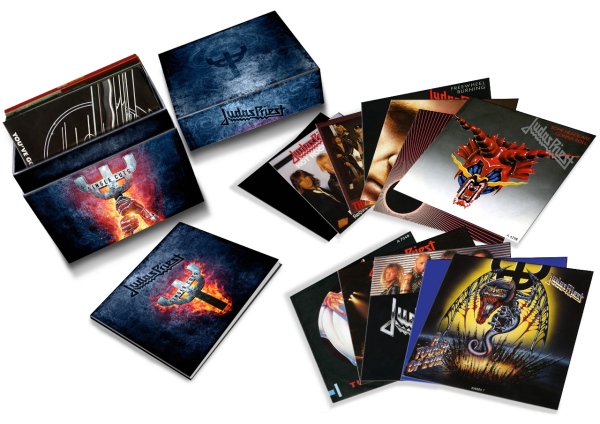