ANGEL OF RETRIBUTION will be issued in two configurations: the first is a dual-disc set featuring the full album and an action-packed DVD. The 30-minute disc amplifies the album with behind-the-scenes documentary footage and classic live tracks filmed on June 24th and 25th, 2004 in Barcelona and Valencia, Spain. The concert material was shot during the two Spanish shows. ANGEL OF RETRIBUTION will also be released as a limited edition double-disc set featuring the new tracks and a long-form DVD bundled in special hardcover packaging. The total running time of the DVD is 1 hour, 12 minutes, highlighting the seven live cuts and 40 minutes of documentary footage

The release dates for the new Judas Priest album 'Angel Of Retribution' are as follows:

Our record label have picked out a track from the new album entitled 'Revolution' as the radio track. 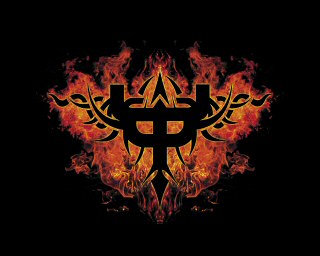 Click onto the Artist's Hotline below and hear Rob Halford talking about the tour and the new album ANGEL OF RETRIBUTION!!